More than 100 TD Bank customers in Toronto, Canada are to begin piloting an NFC version of Nymi, a biometrically authenticated wristband that uses the wearer’s unique cardiac rhythm to verify their identity. RBC Royal Bank and “other Canadian issuing banks” began pilot testing the Nymi Band in collaboration with MasterCard in November last year. 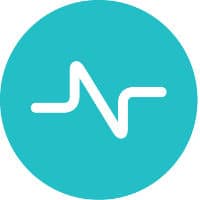 “Other participating Canadian banks are scheduled to launch similar pilots later this year and Nymi expects several thousand payments to be made using the Nymi Band during this time,” Nymi says.

“Over the past several years, TD has improved the customer experience by introducing a host of innovative digital enhancements allowing us to better address customer needs,” says Chuck Hounsell, senior vice president of payments at TD Bank.

“Working with Nymi’s secure, customer authentication technology is an example of how TD is exploring new and innovative ways of bringing the next level of convenience to our customers.”

A video shows the payment process in action:

“By working with partners like TD and MasterCard, we are effectively demonstrating that continuous authentication can be a more secure and convenient way to make retail payments,” adds Karl Martin, CEO and founder of Nymi.