MasterCard has approved a solution that enables payment credentials to be provisioned to wearable devices with a secure element and NFC antenna. The move could give consumers the option of buying any wearable from a retail store and installing their choice of payment, ticketing and access control applications. 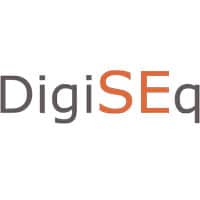 The solution has been developed by wearable credentials specialist DigiSEq and allows for multiple applications to be stored in a single wearable device. This then removes the need for banks and other service providers to issue customers with a dedicated wearable device, DigiSEq CEO Terrie Smith explained to NFC World.

Provisioning can take place during manufacturing, distribution or at the point of sale in retail stores, or using a consumer-facing mobile app that would connect to the wearable device via NFC, Bluetooth Low Energy (BLE) or a USB port.

“We took the approach whereby the consumer should have the choice of which wearable device they want to buy and not have to buy their device from the bank,” Smith explained.

“The approach that banks have taken isn’t really ideal because the consumer may want multiple applications on a single device.

“So the consumer can go and buy the device themselves and they can have the provisioning done at the point of sale through our client service, or they can actually take it home and do it themselves through NFC, BLE or USB. It could also be done through a distribution organisation, so it could be someone like Amazon doing it, and we can also provision it at the point of manufacture.

“We set a profile in our system to determine whether this person’s device should have access control, ticketing, payment or a combination of these options. It can have whatever the person wants it to have and we can bring all of those pieces together and deliver them remotely to that device.”

“We also deal with the festivals market, where a manufacturer is turning out tens of thousands of wristbands to be used for secure access control to the site, as well as enabling payment to go contactless at the event,” Smith continued.

“The cost of delivering a festival band with payment on it is currently very high because the only way of doing it is having a standard card made that has a chip and an antenna in it, then that being cut out and inserted into a device. That is expensive, non-scalable and also drives the size of the band.

“DigiSEq takes a different approach whereby the manufacturer builds the band — to their own shape and design — and embeds a chip and antenna within it and then we will provision it at the point of manufacture or at the point of distribution.”

“The solution will work for a range of wearable devices including glasses, wristbands, keyfobs, jewellery and even clothing,” Smith added.

“It enables manufacturers to go ahead and put a secure element into the wearable with an antenna that can be used for payment and, when the consumer buys it, DigiSEq can provision it. This opens up the wearables market to endless opportunities.

“We think that it will radically change the market, because it now puts the choice of wearable device squarely into the consumer’s hands. It means consumers themselves can start driving the market. It’s now up to them to decide what wearable they want and not for the banks to decide what they should have.

“The next step is for the manufacturers to insert the secure element and the antenna into their devices as part of their engineering process. DigiSEq are bringing out a prototype wearable with an embedded chip and antenna that we can show people how it’s done and what it could look like.

“We expect the prototype to be available towards the third quarter of this year and we’re working with partners to manufacture and develop that. Our provisioning system is commercially available today, so if anybody has a chip and antenna already in their device, we can commercially provision it.”