Almost two fifths (38%) of UK smartphone owners are willing to make NFC mobile payments, research carried out by YouGov on behalf of business process management company Firstsource Solutions has revealed. More than half (55%) of 18- to 24-year-olds are willing to do so, compared to less than a quarter (24%) of those aged over 55. 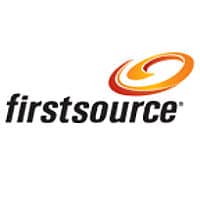 The survey, based on the responses of more than 2,000 adults, found that men are substantially more likely than women to use their smartphones for contactless payments (45% versus 32%), with 84% of women saying that concerns around security is the main reason for not wanting to use their phone for such transactions.

However, 47% of those surveyed said they do not want to use their phone to make a contactless payment, with nearly 30% saying they do not believe the technology will make an improvement compared to existing methods.

Among those not wanting to use NFC mobile payments, 81% said it was due to concerns around security, 37% said they don’t trust the technology to work properly and 18% think it an unreliable payment method because of a phone’s limited battery life.

Regionally, Londoners are far more likely than people in the rest of the country to adopt mobile payments, with 45% willing to use their phone to make a contactless payment compared to 27% of people in Wales.

“This new survey shows that, despite contactless payments being heralded as a huge step in making it easier to pay for items, people are still reluctant to use their phones because of security concerns,” says Mike Sloman, vice president of business development at Firstsource Solutions.

“It appears the financial services industry and mobile providers still have a lot to do to convince the public of its merits. More companies that are household names accepting contactless payments via smartphones will also increase confidence in the system.

“Until then, those companies that offer an alternative range of options to enable people to pay for goods and services are the ones that will enjoy most success.”