Some 44% of UK consumers are prepared to switch bank accounts to access mobile payments if their current bank is unable or has no plans to offer the service, while a third (33%) of these consumers plan to do so within the next year, a survey for mobile payments provider Zapp reveals. 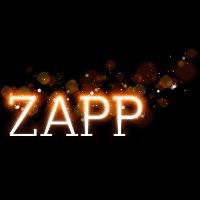 Demand is particularly high among 35- to 44-year-olds, with 46% having already used their phones to pay and 71% saying they would use an easy-to-use mobile payments system.

Mobile is set to become the preferred method of payment before the end of the decade for a wide range of purchases, the survey found, including travel tickets (57%), car fuel (52%) and sandwiches (51%). Almost half plan to use their mobile to pay for electronic products, with one in five saying they would even buy a house using a mobile payment.

“This research shows that anticipation levels are running high, and it suggests banks and retailers stand to gain a significantly competitive advantage from offering and accepting mobile payments early. I’m confident 2015 will prove a tipping point.”