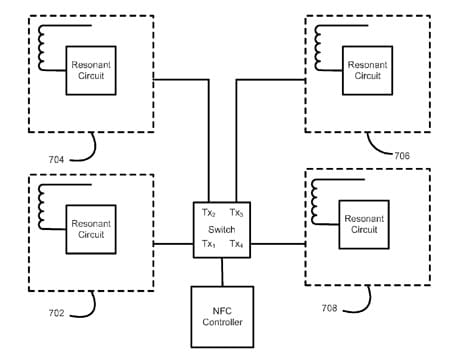 Chip maker Broadcom has developed a way for multiple NFC antennas to be built into an NFC device, making it possible in future for consumers to conduct NFC interactions without having to orientate their phone in a particular way.

US patent application number 20140148095 — Multiple antenna arrangement for near field communications — was filed by Broadcom in December 2012 and published by the USPTO last week.

Last week, the USPTO published a patent application from Apple that sets out a way to share multiple antennas between near field and far field radios.