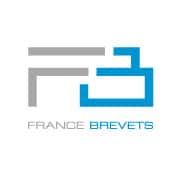 Intellectual property commercialisation firm France Brevets has filed patent infringement lawsuits against phone makers HTC and LG in the US and Germany, for using two NFC patents that were granted to Inside Secure in 2004 and 2010.

The US lawsuit was filed by NFC Technology LLC, an affiliate of France Brevets, and concerns:

Inside Secure hired France Brevets to handle licensing of its more than 70 patents in 2011.

“While our general philosophy is to act transparently and be diligent in explaining in detail to all our potential licensees how our patents are infringed by their products and how they can benefit from our reasonable licensing approach, we are also determined to take steps when such discussions are not conclusive.”

France Brevets is being represented in the US litigation by McKool Smith.