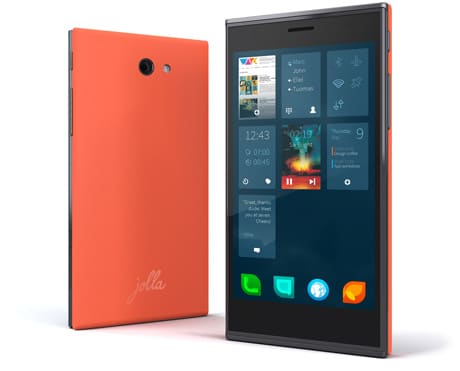 Finnish phone maker Jolla‘s new smartphone is to ship with a selection of smart rear covers, known as “The Other Half”, that include NFC and are used to automatically change the device’s settings and functions to the user’s preset favourites.

“The NFC antenna on the phone is solely dedicated for the connection between the device and its back cover,” Jolla told NFC World.

“The Other Half is a new product concept, developed by Jolla. When connecting the back cover with the device, the product instantly adapts the whole ambience and functionalities — such as colors, fonts, tones, profiles, applications.”

Jolla has also worked on more advanced designs for The Other Half that would incorporate USB ports, additional batteries and full Qwerty keyboards, the company says.

The phone runs Jolla’s own Sailfish operating system and can run both Android apps and dedicated Sailfish apps. The €399 (US$540) device boasts a 4.5-inch HD display, eight megapixel rear camera and 16GB of internal storage.