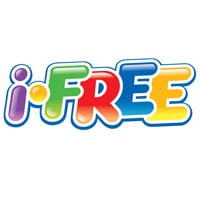 Mobile technology developer i-Free is expanding its NFC mobile wallet service to enable users to store transportation cards for 11 Russian cities as well as a variety of prepaid deals and coupons. The wallet originally launched with bank cards from Tinkoff Credit Systems in June 2013.

Consumers in the cities of Cheboksary and Vologda are currently testing the ability to buy transport cards through the i-Free Wallet app and validate them by tapping a terminal when they board.

The service, offered in partnership with transit solution integrators Udobny Marshrut and Shtrikh M, will soon after be rolled out to the cities of Angarsk, Yekaterinburg, Kaluga, Kirov, Lipetsk, Nizhnevartovsk, Penza, Ryazan and Usinsk.

i-Free is also partnering with KupiKupon, one of Russia’s largest prepaid deals services, to enable users to both pay for deals with a stored bank card and store the deal in the app.

“We are striving to make the everyday usage of NFC smartphones not only useful and convenient, but fun, as well,” says i-Free CEO Kirill Gorynya. “We are positive that users will soon appreciate the new level of convenience that the wallet brings. They won’t need to carry multiple cards, wait in line to buy a ticket, or hoard a pile of paper coupons. All of it is now available in your smartphone.”

i-Free’s app currently works with embedded secure elements in eight NFC phone models produced by HTC and Philips, and the company hopes to pre-load the app into other handsets with the “support of more major mobile phone vendors to be announced in the near future.”