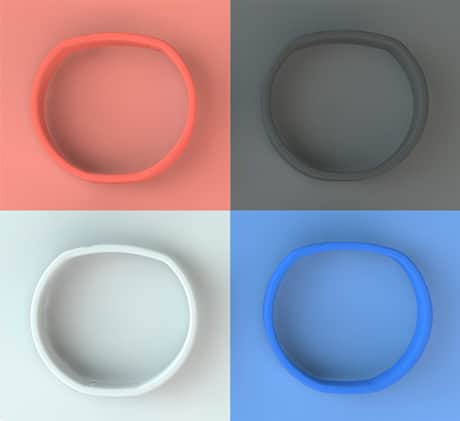 A team of developers are raising funding on Kickstarter for a rubber wristband that wearers will be able to use to unlock their phone, cancel or postpone an alarm clock, control the volume of music, skip songs and share their contact information via NFC.

Each wristband contains two NFC tags and will work in conjunction with an app that allows the wearer to program the bracelet to carry out different functions depending on the phone’s state and whether the wristband is tapped or held to a phone.

“This app provides the smartphone with the support necessary to detect, and interpret in the right way, the movement you perform over your phone,” the Thirteenfiftysix team’s Guillermo Medina told NFC World. “Therefore, with only two different tags, you will be able to carry out more than six different actions.”

A video made by the team shows how the wristband will work in practice:

The crowdfunding campaign closes on 16 October and has a target of £20,000 in order to develop the app further and put the current prototype into production.  £3,800 has been raised so far.