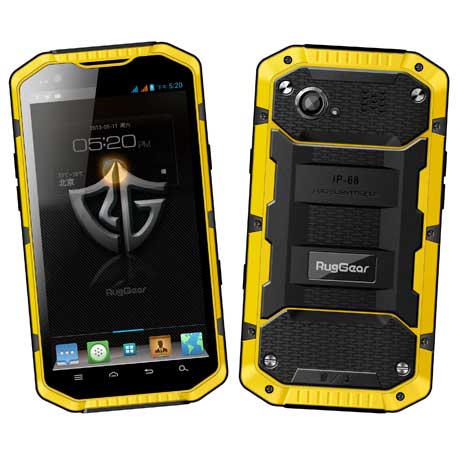 Rugged phone maker RugGear will include NFC in its next handset, a fully waterproof and dustproof 5.3-inch Android 4.1.2 Jelly Bean smartphone.

The RG970 is IP68 certified, the rating given to products that are totally dust tight and protected against prolonged effects of immersion under water, and meets relevant US Department of Defense Mil Spec standards.
At its thickest the device is 15.55mm, though RugGear’s Stephen Westley told NFC World that the NFC antenna is housed where the moulding is not as thick so that NFC performance is not affected.

Weighing in at 245g, the dual-SIM phone includes an 8MP camera and is powered by a 1GHz dual-core processor with 1GB RAM.

The RG970 includes GPS, a barometer, light sensor, proximity sensor, altimeter and Bluetooth LE. Both NFC and non-NFC versions of the device will be launched in December 2013, starting at £499 (US$800).