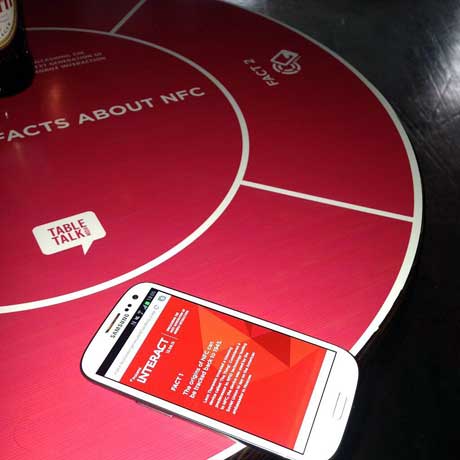 Ambient advertising specialist Tabletalk Media is embedding NFC tags from Proxama in its large Tablewrap stickers after deciding the public’s adoption of NFC has increased significantly.

The company operates table top advertising networks in universities, coffee shops, takeaways and other venues and says table ads are unmissable and at the centre of conversation since they are placed directly in front of consumers while they eat and drink.

“We’ve been looking at NFC seriously for the last 18 months or so and feel the market has now picked up thanks to phone upgrades,” Tabletalk told NFC World.