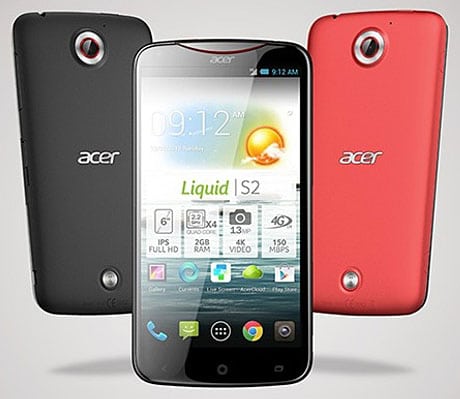 A front-facing 2 megapixel camera capable of capturing 1080p video is also included in the device, which runs Android 4.2.2, along with the latest 802.11ac Wi-Fi standard and 4G LTE.

The Liquid S2 will be available in red or black from October 2013, with pricing to be announced closer to release.