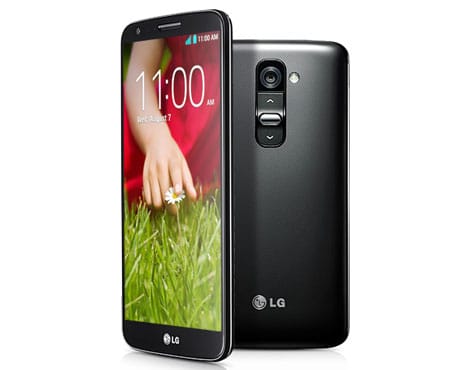 LG has unveiled its latest flagship handset, the LG G2, an NFC smartphone with buttons on the rear for ease of use.

The volume rocker and power buttons are on the back of the device, below the rear camera, because the phone maker realised from user studies that “that the larger the phone became, the more difficult it was to properly access the side keys.”

Running Android Jelly Bean 4.2.2 on a Qualcomm Snapdragon 800 processor with 2GB of RAM, the G2 is to roll out first in South Korea followed by North America, Europe and other key markets over the next eight weeks.