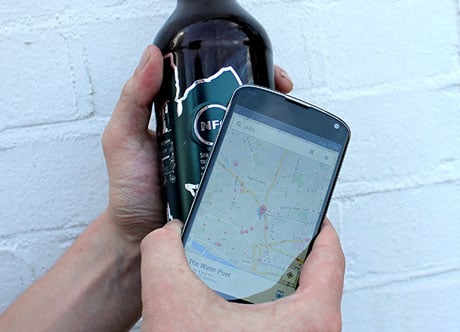 “We recently made some interactive NFC-enabled labels for a beer we brewed in our office,” Diginate’s Jon Gulbrandsen told NFC World. “It’s the world’s first NFC beer, as far as we know.”

When tapped, Rough Draft presents the drinker with a map that locates all pubs in the immediate area and sends:

“There are other ‘interactive’ beers out there (not for general sale though), but all they do is light up when you touch it,” says Diginate. “This is definitely the first beer in the world that will tell your boss you’re sick!”