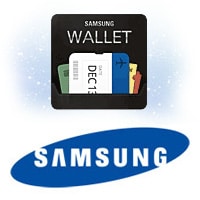 Samsung has unveiled its own mobile wallet app at Mobile World Congress 2013.

Samsung Wallet “is a convenient mobile app which allows users to store and manage event tickets, boarding passes, membership cards and coupons all in one place” and includes a Samsung Wallet API for developers.

Despite announcing a deal with Visa earlier this week to preload Visa payWave applets in Samsung NFC phones, Samsung Wallet does not currently support NFC.

The Verge reports that Samsung may include NFC in the future, however:

Samsung said retailers prefer barcodes over NFC because they don’t have to install any new infrastructure to support it. Samsung didn’t rule out NFC features in Wallet for the future, however.