“We will be a leader in connecting you to your internet of things,” says CEO Thorsten Heins as the Z10 touchscreen BlackBerry 10 phone and Q10 Qwerty phone are announced with NFC.

The first two smartphones to run the new BlackBerry 10 operating system have been launched.

Both include full NFC payments and information sharing capabilities and, although president and CEO Thorsten Heins did not go into any details at today’s launch event, he hinted that some kind of BlackBerry connectivity service making use of that NFC functionality could be on the horizon.

“We will soon give you more ways to connect your mobile experience to not just other people, but the whole world around you,” Heins teased. “We will be a leader in connecting you to your internet of things.” 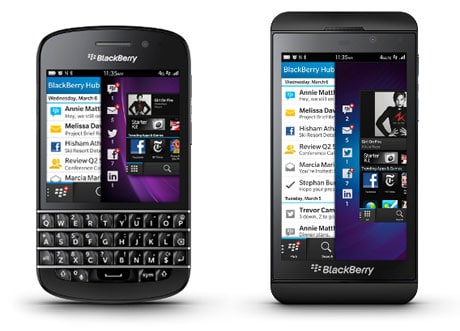 RIM, which has today changed its company name to BlackBerry, first added NFC capabilities to its platform with the launch of the BlackBerry Bold 9900 and 9930 in May 2011. Both devices run the BlackBerry 7 operating system.

Details of BlackBerry 10’s support for NFC were first revealed in mid-2012 and a series of articles on using NFC on BlackBerry 10 have been published by the company on the BlackBerry Developer Support forums, including guides to reading and writing tags using native APIs, NFC card emulation and P2P communications.

The two phones announced today are the 4.2-inch full touchscreen BlackBerry Z10 and the BlackBerry Q10, which features a physical keyboard and a 3.1-inch touchscreen. Both devices support LTE and include a 1.5GHz dual core processor. Videos produced by BlackBerry show the new phones in action:

“Today sees a re-invented BlackBerry launching an entirely new mobile experience,” says Heins. “Every feature, every gesture, and every detail in BlackBerry 10 is designed to keep you moving.”

The Z10 will be available in the UK from tomorrow, in Canada and the UAE in February and the US in March with availability in other countries to be announced. The Q10 will start shipping in April 2013.