The decision, taken yesterday by Taiwan’s Fair Trade Commission, to grant conditional approval for Taiwan’s five carriers and transit card issuer EasyCard to set up a national TSM joint venture for NFC payments and ticketing has not been universally welcomed. 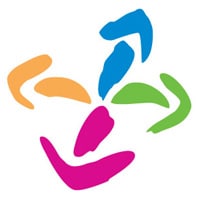 “The joint venture could create a monopoly in the provision of two of the most common services used in daily life: mobile phone service and mass transportation,” Hau Chien-sheng, KRTC’s general manager told a press conference. “This does not benefit consumers.”

Opposition lawmakers had earlier called on the government to set up its own impartial TSM company, the Taipei Times adds, “but a commission official who declined to be named said there was no government agency willing to take responsibility for establishing such a company”.

The Fair Trade Commission’s approval of the joint venture is subject to eleven conditions. These, the FTC says, are specifically designed to maintain a level playing field and prevent a monopoly.