Salt Lake Tribune reporter Vince Horiuchi has been out and about in the city testing Isis, following the October 2012 launch of the NFC mobile payments venture’s pilots in Salt Lake City and Austin, Texas. 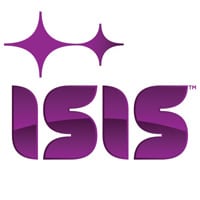 “To most Utahns, Isis is just a funny-sounding name for something they’ve seen recently on TV or a billboard,” he writes. “But the companies pushing this mobile electronic payment system believe it’s the future of commerce.”

“Is it going to replace the credit card any time soon? Don’t bank on it, at least not without a few improvements first,” says Horiuchi, who found issues with transaction speed, reliability and lack of widespread merchant acceptance during his two week test.

“There are however, some upsides to using Isis,” he adds. “The Isis app’s best feature is that it automatically collects virtual coupons and alerts you to deals at Isis-compatible retailers.”

The full article is available to read on the Salt Lake Tribune’s website.