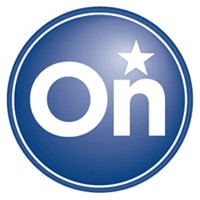 As more electric vehicles arrive on the market the demand for public charging will grow, as will the need to know how much charging away from home will cost, points out Onstar.

The company’s Park-Tap-Charge smartphone app is designed for use at charging stations where there is a usage fee, to address possible customer anxiety by telling them in advance how much a top-up will cost. It will allow electric vehicle owners to tap their smartphone against a charging station, which will automatically show payment options that, once accepted, will initiate the flow of electricity.

In the current prototype version of the app, an NFC tag is embedded in the charge station and the driver taps it with a smartphone to initiate payment from a previously connected account.

Onstar has also introduced a separate app to determine if a driver’s destination is too far away to reach on a single charge. If so, it plots a route that takes them past charging stations at appropriate intervals.