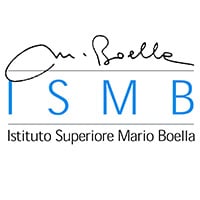 A previous library from Antonio Lotito, head of the handheld and usability research unit at ISMB, implemented Google’s NPP — the Android maker’s own NFC P2P protocol that predates SNEP.

“The advantage of using SNEP, instead of NPP, is about interoperability,” says Lotito. “NPP is the protocol developed by Google and is only available on Android devices. Instead, SNEP is the official specification of the NFC Forum for peer-to-peer and we have the hope it will become the definitive standard for peer-to-peer over NFC.”

“SNEP is already available on the main mobile platforms (Android, Blackberry, Nokia) and I’d like to test the library with every platform,” continues the researcher. “At time of writing, I’ve already tested the library exchanging data between a Samsung Galaxy Nexus device and an ACS ACR-122 NFC reader.”

The software can be downloaded from Google Code and Lotito points out that feedback and code contibutions are welcome.