Apple has been granted a patent covering the addition of an NFC antenna to electronic devices such as computer monitors where standard methods of integrating NFC may cause problems generating a sufficiently robust signal strength. 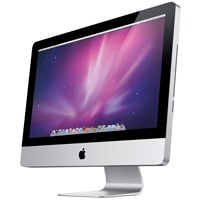 Patent number 7973722 was originally applied for in October 2007. It covers “Electronic device with conductive housing and near field antenna” and explains that:

Because near field communications schemes rely on electromagnetic communications, conventional host devices such as smart card readers generally avoid the use of conductive enclosures for their antennas. This prevents signal loss due to the presence of conductive housing walls near the near field antennas that might otherwise prevent effective transmission and reception of wireless signals.

Displays themselves can also create their own issues, the patent description adds. “If, for example, a conventional antenna were to be placed directly behind an LCD display, the conductive nature of the internal components of the LCD display would serve as radio-frequency shielding and would block electromagnetic fields emanating from the antenna.”

Apple’s patent covers a variety of ways in which this issue could be resolved in order to allow an NFC antenna to be integrated into equipment and devices that are built using conductive materials — such as the aluminium unibody cases used in Apple’s iMac desktops and MacBook laptops.