Chinese electronics manufacturer Netcom has demonstrated an NFC-enabled microSD card  at the Computex 2011 show in Taipei. 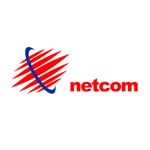 The new card carries 8GB of memory as well as adding NFC capabilities to existing mobile phones but, Engadget points out:

There are some caveats: The first rule is that neither the back cover nor the microSD card holder should be made out of metal; then secondly, we noticed that due to the tiny antenna coil, scanning could become tricky if the reader has a small sensing area — you’d need to position your phone at just the right spot; and lastly, the phone needs a special background app to communicate with the NFC circuitry.

The demo we saw used a Java app running on a Chinese dumbphone, and we were told that Android will be next in line to receive similar support. Alas, consumers won’t be able to pick up one of these cards from the shops, though Netcom’s already working with a “top ten” phone manufacturer on a compatible device due in three to six months.