Chipmaker Broadcom says it expects to see NFC built into between 10% and 15% of all phones within the next year, with the rate higher for smartphones, PCWorld reports. 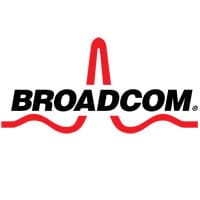 He added that Google’s announcement of its Google Wallet offering should kickstart the process. According to PCWorld:

The NFC ecosystem of chip and handset vendors, banks, retailers and mobile operators finally has the necessary security tools, Hurlston said. Security is probably the main concern that has held NFC back for the past three or four years.