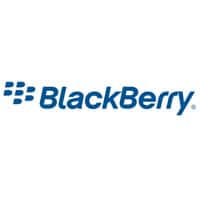 BlackBerry phones have a number of advantages when it comes to NFC, says Research in Motion (RIM) UK MD Stephen Bates.

Battery life, in-built security and the BlackBerry Messenger service are all factors that will drive adoption of BlackBerry NFC phones, Bates has told TechRadar.

What BlackBerry has is battery life that keeps going so you can still pay for things late in the evening, security that users, banks, mobile operators and companies who want to sell you something all trust — and good relationships with a lot of them already.

“In the consumer market we might think people don’t tend to see security as a feature or a need they have at the moment, but we think once you start paying for coffee and newspapers people will just assume that security will be there,” Bates told TechRadar.

Plus it has the hugely successful BlackBerry Messenger service; an infrastructure for sending messages in real time that’s far more reliable than text messages (let alone Twitter). “BBM is a real-time handshaking technology that confirms when I’ve sent something to you and when you’ve received it; in layman’s terms that’s called a receipt…”

The UK is likely to adopt NFC more quickly than some other countries, Bates added:

“We think the UK is one of the markets where the population is more attuned to doing things like contactless payments; they’re less scared than other markets around the world.”

There are two events coming up that he thinks will speed up these services. “We think the 2012 Olympics is a catalyst for contactless payments — and the 2015 Rugby World Cup is ticketless games. That means we’ve got probably three years to get ticketless working.”

RIM unveiled two new BlackBerry Bold smartphones earlier this week, the 9900 and 9930, which have built-in NFC capabilities. More BlackBerry NFC phones are expected to be announced in the near future.