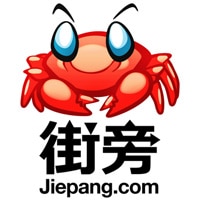 Jiepang, the leading location-based service (LBS) in the country, will officially launch its NFC feature at this weekend’s Strawberry Music Festival in Beijing by distributing some 1,500 tags to its users.

Larry Kuok, Jiepang’s head of NFC research and development, demonstrated how it works by setting up his phone and swiping the phone against a sensor. It automatically checked him in and sent a message saying: “Cool! Congrats on being an early adopter! You are Checking in with Jiepang using NFC at Wei Bo Zhi Yan. We hope you have a great time using Jiepang.”

Currently Jiepang is the only LBS in China to take advantage of NFC. At the moment, the roadmap for NFC is not totally clear, but Yuancheng Yang, co-founder of Jiepang says “we are betting on NFC”.