Amazon could be the next major company to throw its hat into the NFC payments ring, according to a Bloomberg news report. 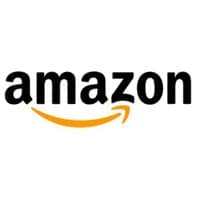 “Amazon.com Inc (AMZN) is considering the introduction of a service that would let consumers pay for goods in brick-and-mortar stores using their mobile phones, according to two people with knowledge of the project,” Bloomberg explains.

“The company’s Amazon Payments unit is exploring whether to start a service based on so-called near-field-communication technology, said the people, who asked not to be named because the project isn’t public,” the report adds:

“Amazon is also considering creating NFC-based marketing services, one of the people familiar with Amazon’s project said. For instance, a consumer shopping for jeans who can’t find the right size in a retail store might be able to tap a handset against the item’s NFC tag to locate the correct item for order through Amazon.com.

The online retailer will decide whether and when to unveil the NFC mobile payment services in the next three to five months, one of the people said.