More than 90% of North Americans would make a mobile payment if they knew it was secure, a new report from Mobio Identity Systems has shown. 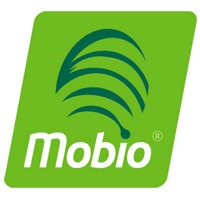 The survey of 1,085 people across the continent reveals that security is the main reason why mobile commerce has not grown as fast as expected.

Intriguingly, at present, 80.5% of those questioned said they considered mobile payments as an addition — rather than a replacement — to traditional payments, despite the overwhelming interest in the technology regardless of age, sex, or country of residence.

The main findings from the research were:

The mobile commerce market has not grown as fast as expected, says Mobio, citing a Generator Research report last year stating that revenues in 2009 were $68.7billion and expected to rise exponentially to $633.4billion by 2014.

Overall, the report highlights the significance of security as a barrier to growth of the mobile commerce market.

However, the report concludes: “If security concerns can be eradicated, the m-commerce market may finally reach its long-anticipated exponential growth.”