This article is more than 12 years old

TechIPm, a research and consulting firm specializing in technology and intellectual property mining, has carried out an analysis of the strength of the patent portfolios held by companies in the NFC market. 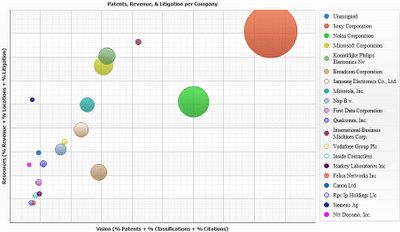 For its analysis, TechIPm used the Innography intellectual property business intelligence tool, which correlates patent data with financial, litigation and other key business information to generate visualizations of the technology landscape in a particular business sector.