The European Commission has opened a formal antitrust investigation “to assess whether Apple’s conduct in connection with Apple Pay violates EU competition rules”. 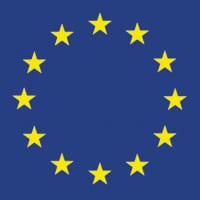 “The investigation concerns Apple’s terms, conditions and other measures for integrating Apple Pay in merchant apps and websites on iPhones and iPads, Apple’s limitation of access to the near field communication (NFC) functionality (‘tap and go’) on iPhones for payments in stores, and alleged refusals of access to Apple Pay,” it says.

“Following a preliminary investigation, the Commission has concerns that Apple’s terms, conditions, and other measures related to the integration of Apple Pay for the purchase of goods and services on merchant apps and websites on iOS/iPadOS devices may distort competition and reduce choice and innovation,” it adds.

“In addition, Apple Pay is the only mobile payment solution that may access the NFC ‘tap and go’ technology embedded on iOS mobile devices for payments in stores. The investigation will also focus on alleged restrictions of access to Apple Pay for specific products of rivals on iOS and iPadOS smart mobile devices.”

The Commission will also investigate “the possible impact of Apple’s practices on competition in providing mobile payments solutions,” it says.

It says it will carry out its in-depth investigation as a matter of priority and adds: “There is no legal deadline for bringing an antitrust investigation to an end.”

“This growth is accelerated by the coronavirus crisis, with increasing online payments and contactless payments in stores.

“It appears that Apple sets the conditions on how Apple Pay should be used in merchants’ apps and websites. It also reserves the ‘tap and go’ functionality of iPhones to Apple Pay.

“It is important that Apple’s measures do not deny consumers the benefits of new payment technologies, including better choice, quality, innovation and competitive prices. I have therefore decided to take a close look at Apple’s practices regarding Apple Pay and their impact on competition.”