Google has included Quick Access Wallet, a new feature that lets users quickly access details of all their stored payment cards from their lock screen, in the Android 11 Developer Preview. 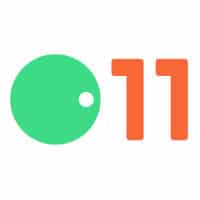 For Android 11, the service is expected to also be available to other payments services,” XDA Developers reports.

“Any payment app will now be able to implement the QuickAccessWalletService API so that users can access cards, coupons, or tickets saved in that specific app directly from the power menu,” the publication explains.

“To implement the feature, the payment app will be required to add the required permission, ie android.permission.Bind_Quick_Access_Wallet_Service, in its manifest. This will allow the system to bind the service and not kill the app even when it is not used for long enough.

“To be able to use Quick Access Wallet with other apps in Android 11, users will be required to enable the feature from Settings > System > Gestures. Users will also have to select their default payment app in the Tap & Pay option in Settings.”

The feature has also been reported as being available today for some Pixel phone users on Android 10, Android Police adds.