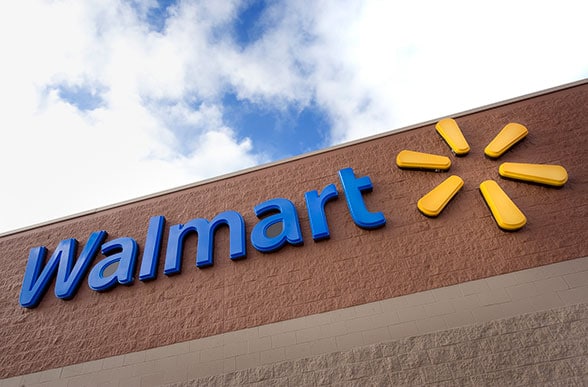 The main reason for Walmart’s decision to cancel its Scan & Go mobile self-checkout project last year was high levels of shopper theft, rather than low levels of consumer adoption, a former Walmart executive has revealed.

“You think that the theft is bad on self-checkouts? Wait until you try Scan & Go, where nobody is watching the customers out in the aisles,” Joel Larson, Walmart’s former head of checkout innovation, has told Business Insider.

One customer tried to leave a Walmart store with a cart containing around 100 items, after only scanning 40 of them, Larson said.

“We’re just going to call the program ‘go’ because the customers can’t seem to ‘scan’ anything,” Larson recalls an executive saying.

“In our efforts to minimize friction points, we found that the program created some of its own such as receipt checks, weighted produce, and un-bagged merchandise resulting from using the program,” Walmart told the publication in a statement. “Additionally, low adoption played a role in the removal of the program.”

Walmart launched the Scan & Go project in August 2017 and expanded it to an additional 100 stores in January 2018. It then announced in May 2018 that it was cancelling the service due to low consumer adoption.

The app allowed customers to use their mobile phone to scan items in the aisle as they shopped, self-checkout and pay. Once they had completed their payment, they could exit the store by walking through a special Mobile Express lane, with no need to visit a cashier.

The retail giant has since equipped staff in 3,000+ stores with mobile POS devices they can use to take an in-aisle payment from a customer and issue them with a paper or electronic receipt for their purchase.