Apple has agreed to make changes to the way that Apple Pay works following an investigation by Weko, Switzerland’s Competition Commission — also known as Comco — which found that the iPhone maker’s NFC payments service can cause issues with the functioning of the Swiss banks’ Twint mobile payment service. 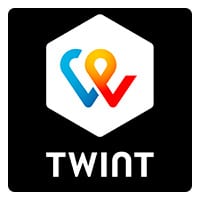 “The automatic launch of Apple Pay at POS terminals can interfere with payments made by the Twint application,” Weko found.

“Following the intervention of the Comco Secretariat, Apple is committed to offering a pro-competitive technical solution.”

“Apple devices and their apps are set to launch Apple Pay automatically when held close to a POS terminal to allow a contactless payment,” Weko explains.

“Payments with the Twint application are effectuated by scanning a QR code that appears on the screen of the POS terminal. Until now, Apple Pay was likely to launch automatically and thus disrupt a current payment transaction made with the Twint app.

“Apple has committed to immediately provide a technical solution enabling Twint to suppress Apple Pay during the payment transaction effectuated with Twint. Due to these commitments, the secretariat decided to close the preliminary investigation against Apple.”

A separate Weko investigation, which is examining whether the Swiss banks have been conducting a boycott of Apple Pay and Samsung Pay, is ongoing.