“Combined, Apple Pay, Android Pay and Samsung Pay account for only about one quarter of 1% of US debit transactions,” the annual Debit Issuer Study from debit and ATM network Pulse has found, while the country’s move to EMV chip cards has cut debit card fraud loss rates but “fraud continues to challenge issuers.” 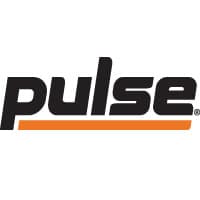 “Enrollment of debit cards into Apple Pay increased 80% in 2016,” Pulse found, “with Apple Pay remaining the most popular mobile wallet of the big three ‘Pays’, which include Android Pay and Samsung Pay.”

In all, three in four issuers now provide cardholders with the ability to add their debit card to at least one mobile wallet but “despite this momentum, usage of debit cards in mobile wallets remains low.”

“Since the fraud liability shift for most debit transactions took effect in 2015, an estimated 80% of US debit cards have been converted to chip cards,” Pulse says. “Fraud loss rates dropped by approximately 28% in 2016 compared to 2015 levels.