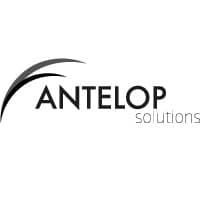 “Antelop enables banks to transform their mobile banking app into a true NFC payment app,” says Antelop CEO Nicolas Bruley. “Our new SaaS offer is designed to accelerate time-to-market for banks. It is fully API driven and requires very limited integration on the bank side.”

“Antelop is currently integrating with a European issuer on the Mastercard Digital Enablement Service (MDES) on its SaaS HCE cloud platform hosted in a PCI DSS environment,” the company says.

Antelop raised €2m (US$2.23m) in funding in 2016 and is led by former senior consultants and technical product managers at Visa. The company’s HCE solution is currently being used to power French bank Crédit Mutuel Arkéa’s NFC payment service, which was launched in February this year.

The company will be showcasing its SaaS platform at the Money20/20 Europe expo in Copenhagen next week. You can find them at booth #A52.