The number of mobile transactions as a percentage of all in-store transactions has grown by 247% in the UK over the last year, analysis of transaction data and a consumer survey conducted by payments processor Worldpay has found. Workers paying for lunch on the go and payments for drinks in bars are the main drivers of the increase in transaction volume. 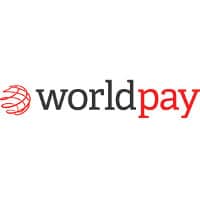 “Lunchtime ‘Meal Deal’ hotspots, including supermarkets and grocery stores accounted for 54% of all mobile tap and pay transactions processed by Worldpay in 2016,” the company says. “Pubs, bars and restaurants made up 20% of the total.”

The launch of Android Pay in the UK in September 2016 also led to “a notable lift-off in adoption”, Worldpay adds.

Overall, Worldpay reports that a total of 38 million contactless transactions were conducted using a mobile device in 2016 with the total amount spent topping £288 million (US$358m). That still represents just 1.18% of all in-store payments, the company says, but “adoption rates suggest the technology is quickly gaining a foothold in the ‘tap and pay’ market”.

The survey and analysis also found that:

“Contactless cards have paved the way for rapid adoption of mobile payment systems, driving investment in infrastructure and familiarity among consumers,” says James Frost, Worldpay’s UK CMO. “Today one in five of us will use the technology at least once a day, rising to a third of people in London”.

“As people get more used to paying for goods on their smartphone, mobile’s ability to bridge more effectively across online and offline retail channels will increasingly threaten the future of the traditional payment card. Already more than half of UK shoppers say they’d happily leave their wallet at home and pay for everything on their smartphone instead.”