The European Banking Authority (EBA) is to modify its proposed plan for “strong customer authentication” on all remote payments over €10 (US$10.50), which would have required customers to present additional authentication at checkout such as passwords and codes, or use a card reader. The EBA will now extend the €10 threshold to €30 ($31.50) in its proposal. 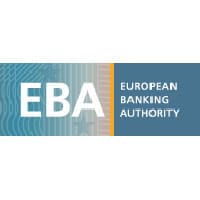 The move, which forms part of the Payment Services Directive (PSD2), comes after a record 224 responses were received to a consultation paper that detailed the proposals for the technical standards of PSD2.

Visa spoke out about the proposal in November 2016, saying it would “seriously disrupt online shopping and cause inconvenience for consumers”.

The EBA has “agreed with a number of respondents to modify or extend existing exemptions, for instance, increasing from €10 to €30 the threshold for remote payment transactions,” EBA chairperson Andrea Enria said during a speech on PSD2 at Westminster Forum this week.

“However, we disagreed with a number of comments that suggested adding further exemptions, such as on corporate payments.”

“With regards to the exemptions to the principle of strong customer authentication, the EBA will introduce two new exemptions, one based on ‘transaction risk analysis’ and the other for payments at so-called ‘unattended terminals’ for transport or parking fares. The exemption on transaction risk analysis will be linked to predefined levels of fraud rates, so as to provide incentives to strengthen the protection of customers.”

“Throughout 2016, a very lively debate started and the EBA staff took a proactive stance in presenting the preliminary views reflected in the paper, in order to ensure that as many stakeholders as possible would respond to the public consultation,” Enria added.

“We received 224 responses, which does not only represent the highest number the EBA has ever received to any of its consultations, but has also provided the EBA with an unprecedented wide, and therefore representative, view of all stakeholders.”

Nordea Bank’s Liisa Kanniainen discusses the new European regulations and what they mean for the future role of banks within the payments industry in a contribution to NFC World’s What’s New in Payments report. You can download the full report here.