More than 100 Norwegian banks are to take a stake in Vipps, the person-to-person mobile payment solution launched by financial services group DNB and Tata Consultancy Services (TCS) in May 2015. The banks will continue the development of Vipps in collaboration with DNB, and the service will be launched in-store in 2017, DNB has told NFC World. 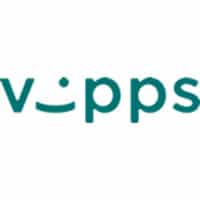 The SpareBank 1 Alliance, the Eika Alliance, Sparebanken Møre and the 15 independent savings banks which are co-owners of Frende Forsikring have signed a letter of intent to jointly acquire a stake in Vipps, representing 106 banks.

DNB will remain the largest owner with about 52% of the shares, while SpareBank 1 Alliance will own 25%, the independent savings banks will own 12%, the Eika Alliance 10% and Sparebanken Møre 1%.

TCS reported that a quarter of Norway’s population was using Vipps by March 2016, claiming it to be “the number one downloaded app in Norway”.

“Vipps has ambitions to become a 360 degrees payment service for all situations,” DNB says. “We have successfully launched solutions for in-app, e-commerce and invoice. In 2017, we are also launching in-store solutions.”

“Over the course of 2017, Vipps will be available in far more places than we have seen up until now,” says Rune Bjerke, group chief executive of DNB and incoming chairman of the board of Vipps. “This alliance will make us better equipped to win the race against Nordic and international market participants.”

“Payment solutions that up to now have been jointly developed by the other banks will also be included in Vipps,” DNB adds. “SpareBank 1 will transfer its mobile payment solution mCash and all mCash customers will be invited to transfer over to Vipps.”

“Even though we have taken a firm market position in a short amount of time through our mCash initiative, many of our customers have expressed a preference for one solution — a single strong and distinct provider. This is why Norwegian banks now join forces to create one single mobile wallet for all Norwegian bank customers.”