Metro Bank in the UK has successfully trialled a blockchain retail payment system, allowing consumers to make purchases from merchants equipped with contactless terminals, with merchant and consumer balances updated in real time. 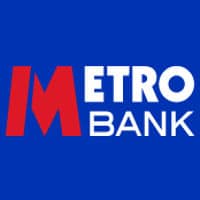 London-based financial blockchain specialist SETL provided the blockchain technology for the trial involving 100 participants issued with contactless smartcards, and says the service could, subject to appropriate regulatory approval, launch as early as 2017.

The test saw customers’ identity records created on the Deloitte blockchain ID system known as Smart Identity and had their key details certified by Deloitte, while Metro Bank hosted a connected client account.

“Retail payments have for too long been dominated by a few players to the detriment of customers,” says Craig Donaldson, CEO at Metro Bank.

“Given all the potential that blockchain has to offer, we hope that the success of today’s test will play a key role in moving us a step closer to providing a more efficient and flexible service for customers.”

“This is not a proof-of-concept or a prototype; it will be a revenue generating implementation of distributed ledger technology,” adds Peter Randall, CEO of SETL.