More than US$30m has been spent through Samsung Pay since the mobile payment service’s launch in Korea one month ago, Samsung has revealed. In total, more than 1.5m transactions were conducted, of which 60% took place using a Galaxy Note 5 device. 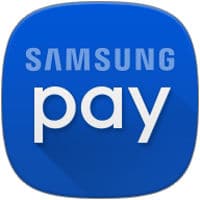 “Usage of the mobile payment service has surged, recording approximately 36% active users in its first month with about 10% using Samsung Pay daily,” the company says.

“Although the details on Samsung Pay usage are constantly being updated, the response we’ve received so far has been beyond our expectations,” says Injong Rhee, executive vice president of Samsung Electronics and global head of Samsung Pay.

“We knew Samsung Pay would be a game-changer in the mobile payments industry and now with the user data, we are seeing the greater impact it is having on consumer behaviour and on the lifestyle of our customers.”

The mobile payment service is scheduled to launch in the US on September 28, with plans to bring the service to the UK, Spain and China “soon”. It will also be supported on the company’s upcoming Samsung Gear S2 smartwatch in select countries.