The amount that UK consumers are spending using contactless has risen 150% in the last 12 months, with the number of transactions up 134%, research from Barclaycard has revealed. 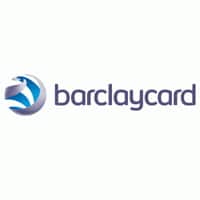 Meanwhile, almost six in 10 shoppers (57%) intend to take advantage of the limit increase to £30 in September by upping their contactless usage.

Supermarkets account for almost a third of all contactless transactions (29%), followed by:

Across the country, Leeds has seen the biggest increase in contactless usage with the city’s shoppers spending 211% more this year compared to last, followed by:

Overall, London continues to lead the way for contactless penetration with 40% of eligible transactions made contactlessly, up from three in 10 in 2014, largely accounted for by the increase in popularity of contactless travel across the Transport for London (TfL) network.

“In the 50 years that we’ve been in business, we’ve seen consumers adopt many innovations in payments that have become part of our everyday lives,” says Tami Hargreaves, head of contactless at Barclaycard.

“From the credit card to chip and pin to contactless and mobile payments, Brits are renowned as fast adopters of new technologies that make our lives easier. Our data underlines this trend and shows that ‘touch and go’ is fast becoming a favourite way to pay as both shoppers and retailers value the speed and ease it brings.

“Over the next year, we expect the limit increase, alongside the forthcoming launch of High Value Payments — where contactless transactions over £30 can be made using a mobile device combined with chip and pin authorisation — to drive this growth even further. Ultimately, the uptake of contactless spending is a win-win for consumers and businesses alike.”

The research comes as MasterCard reveals that the amount British consumers have spent using their contactless cards has increased 560% in the last 12 months. The contactless limit of £20 is set to increase to £30 across the UK on September 1.