Switzerland’s financial infrastructure operator SIX and telecommunications provider Swisscom have partnered with a number of banks in the country to establish a nationwide mobile payments service that would enable consumers to make in-store mobile payments at retail locations using either NFC, Bluetooth Low Energy (BLE) or a combination of both, SIX has told NFC World. 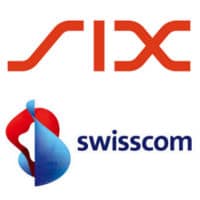 The service will be based on a mobile app called Paymit that was launched by SIX in partnership with UBS and Zürcher Kantonalbank in May 2015 as a P2P transfer service that lets users send and receive funds using credit stored in a Paymit account.

In-store payments will go live in early 2016 following a pilot in September, with value-added services including loyalty and offers expected later.

“Right now, we are preparing to use the payment app in-store but it’s not yet certain what technology we will be using,” SIX told NFC World.

“We are looking at NFC and we do have an advantage there because all of the terminals rolled out by SIX have NFC technology in them, so that will be the most probable technology to go ahead with.

“However, we are also looking at Bluetooth because what we are aiming for is a tap-and-go experience. Whether this is going to be based on Bluetooth or NFC is too early to tell at this point. We need to figure out what’s going to be the right technology and maybe it will be something that’s going to combine both. This is something we are looking into.”

“We believe in the Swiss financial centre and want to create a Swiss solution that can act as a counterweight to international players,” says Swisscom CEO Urs Schaeppi.

“Digitisation opens up numerous opportunities to improve the customers’ shopping experience, and thanks to Paymit it will be even easier for businesses to take advantage of these new possibilities.”