Nearly a third of shoppers at Westfield London shopping centre who donated to charity during a 100-day pilot put in place by the Charities Aid Foundation (CAF), Save the Children and Visa Europe Collab used their contactless card, as did one in five who donated at one of the city’s Costa coffee shop counter collection points. 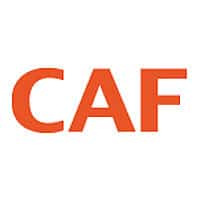 “When fundraising with a choice of contactless and cash collection tins at Westfield London shopping centre, 30% of people gave via contactless cards. This fundraising test pitted teams with traditional cash tins against those with contactless collectors. The cash team won with 70% of the donations.

“In a London Costa coffee shop counter collection, one in five people who paid for their coffee with a contactless card went on to make a donation on the contactless terminal. If the barista asked them if they wanted to, this increased to 50%. However, in a collection at a music concert in Manchester where people were offered both contactless and cash collection tins, less than 1% of the money raised was by contactless card.”

“We are always looking to the future and we are convinced there is a massive future for donations using contactless technology as people switch from using cash to using cards,” says Chris Allwood, senior product development manager at CAF.

“Contactless cards are still being rolled out but they are clearly seen as the way people will make small payments in the future. It’s vital we are at the forefront of this technology so that charities do not lose out.”