Wintrust Financial is updating its fleet of 190 ATMs in Chicago to enable its mobile banking customers to withdraw cash by requesting money on their smartphone then scanning an on-screen QR code when they get to the ATM. The functionality is already available on some 50 machines and will be rolled out across the remainder within the next 10 to 20 days. 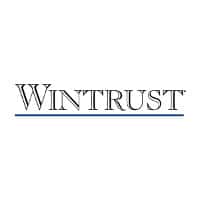 The bank has been working with banking and payment technologies provider FIS to roll out the Cardless Cash ATM functionality and is the first of a dozen financial institutions that are expected to go live with the service early this year.

“Customers will receive, as part of their mobile banking application on their smartphone, an update with a feature of a function button that allows them to conduct the transactions,” Doug Brown, senior vice president and general manager of eBanking at FIS, explained to NFC World+. “You will conduct the transaction from the handset.

“You indicate through the application, I would like to get an amount of money, $100 for example. When you get to the ATM with Wintrust Bank, you will press an on-screen button that renders a scannable QR code and you scan the code. The transaction will be authenticated, the amount of cash you requested will be processed and it will be dispensed from the machine and an electronic receipt will be sent back to the customer handset. The total transaction time is about eight seconds.

“It’s very secure because you never present the card credentials. It’s never stored on the phone, it’s never presented to the ATM. We authenticate and use other information so that you’re not susceptible to things like card skimming or shoulder surfing.”

“We found that banks were very interested and consumers were very interested in having a more secure way to transact and to protect their accounts. It was seen as a way by our banks to start to allow their customers the ability to start doing commerce from their smartphones. It’s a step one of a broader mobile commerce strategy for banks.”