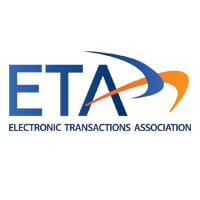 The ETA is an international industry association, representing more than 500 payments and technology companies including Alipay, Amazon and First Data. MCX suppliers Gemalto and Paydiant are not members of the ETA.

“The decision has nothing to do with convenience, reliability or security,” the association adds. “Rather, published reports indicate this is a deliberate boycott in favor of CurrentC, a mobile payments system supported by large retailers and slated for launch next year.

“Reports indicate that MCX, the organisation behind CurrentC, requires all its participating merchants to block any mobile payments services that compete against CurrentC. Because MCX says its retailers represent one fifth of total US retail sales, this group boycott could negatively impact consumer choice in the mobile payments marketplace.

“Blocking mobile payments providers will deprive consumers of their preferred method of payment and a more innovative, secure way to pay. As the trade association of the payments industry, ETA works with its more than 500 technology and financial industry member companies to advance the deployment of mobile payments.

“With more than 300 million mobile devices and more than one billion credit and debit cards in American consumers’ pockets, the future ubiquity of mobile payments is certain. We call on Rite Aid and CVS to reconsider their misguided attempt to block this innovation and urge consumers to vote with their wallet — mobile or actual — and shop at retailers that aren’t restricting consumer choice.”