Apple Pay revenue and transactions have “more than doubled year-over-year with over 3bn transactions in the September quarter, exceeding PayPal’s number of transactions and growing four times as fast,” Apple CEO Tim Cook has revealed. 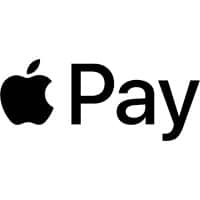 “Apple Pay is now live in 49 markets around the world with over 6,000 issuers on the platform,” he said.

“We believe that Apple Pay offers the best possible mobile payment experience and the safest, most secure solution on the market. We’re glad that thousands of banks around the world participate.”

Apple has been “thrilled by the positive reception we’ve seen” to Apple Card, Cook added.

Customers have told Apple “they love Apple Card’s simplicity, privacy, security and transparency, which has helped them make healthier financial choices,” he said.

“Later this year, we are adding another great feature to Apple Card,” Cook also revealed.

“Customers will be able to purchase their new iPhone and pay for it over it over 24 months with zero interest.

“And they will continue to enjoy all the benefits of Apple Card, including 3% cash back on the total cost of their new iPhone with absolutely no fees and the ability to simply manage their payments right in the Apple Wallet app on iPhone.

“We think these features appeal broadly to all iPhone customers, and we believe this has been the most successful launch of a credit card in the United States ever.”