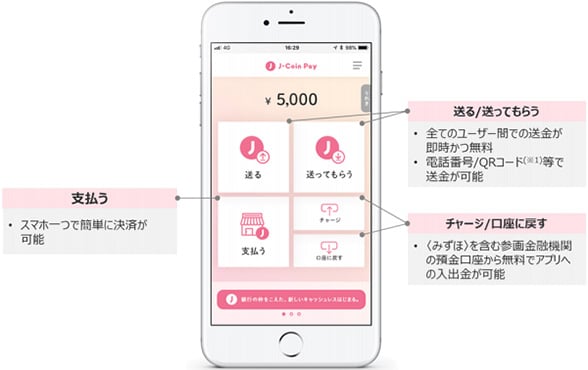 The service will go live first for customers of Mizuho Bank and will then be extended from 25 March to include customers of sixty Japanese regional banks that have signed up to support the service.

Additional features are also due to be included, Mizuho says. “We will use it as a banking digital currency for a wide range of financial services,” the launch statement explains (in Japanese).

UPDATE: NFC World understands that Alipay is working with Mizuho Bank, but isn’t directly involved with J-Coin Pay. “Alipay is delighted to partner Mizuho Bank, which will act as an acquiring bank (the institution that processes payment on merchants’ behalf) for Alipay’s in-store transaction payments,” Alipay told NFC World. “The partnership is set to boost Alipay’s capabilities in serving Chinese tourists in Japan, and in the meantime enables more Japanese merchants to ride on China’s outbound tourism boom.”