Russia’s multi-bank remote customer identification facility, which has been in beta testing since early 2018, has launched with Know Your Customer (KYC) enrolment points now working at more than 400 banks in 140 cities. 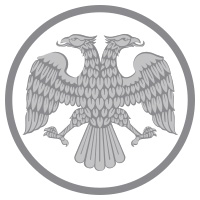 Customers must enrol in person at a participating bank, after which the bank will register them in the Unified Identification and Authentication System (ECIA) and send their voice and face biometric data to the central bank’s Unified Biometric System.

Customers can then open accounts, apply for loans, move funds and conduct other financial transactions remotely from a smartphone, tablet or desktop computer after biometric authentication using the devices’ cameras and microphones.

The platform has been created by national telecommunications operator Rostelecom at the request of the Bank of Russia and the country’s Ministry of Digital Development, Communications and Mass Media.

The Unified Biometric System is also set to be used in other sectors, including finance, healthcare, education, retail and ecommerce, according to Rostelecom.