Prepaid card provider Green Dot “will perform several roles” for Apple when the iPhone maker launches its P2P payments and Apple Pay Cash services in the US in September, Green Dot CEO Steven Streit has revealed during the company’s Q2 2017 earnings call. 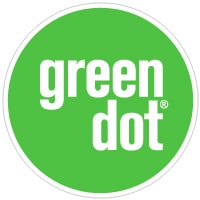 “Then, when users receive money in Apple Pay Cash, their money is securely kept in a Green Dot Bank-issued Apple Pay Cash account that is then available for the recipient to spend with Apple Pay in stores, in apps and on the web, or they can send it to someone else, or transfer to their bank account.

“At a high level, the business model is that, as the issuing bank for the Apple Pay Cash account, Green Dot generates interchange revenue when customers use Apple Pay Cash to spend the fund,” Streit explained.

“On the expense side, we’ll have the merchant processing expenses to accept the Apple Pays, where the merchant’s on the funding side of the transaction, plus the typical program management expenses we generally incur on any of our private label programs.”

“We do not expect the program to have a material impact on our financial performance for the remainder of this year,” Streit added.

Both Apple Pay Cash and the ability to make P2P payments via iMessage are due to rollout with the launch of iOS 11 in September and were announced by Apple in June. iOS 11 will also bring with it the ability for iPhone owners to read NFC tags for the first time, using a new Core NFC function.