The global number of NFC SIM card shipments decreased in 2016 due in part to a “lower than anticipated” consumer uptake of SIM-based mobile payments and the impact of the closure of the Softcard mobile wallet in the US, the SIMalliance has revealed, despite reporting growth in NFC SIM shipments in key countries across Europe and the CIS regions, highlighting the demand in specific markets. 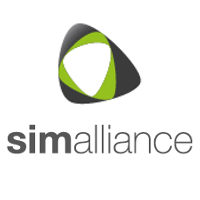 Global shipments of all SIM cards totalled 4.9bn in 2016, reflecting a 5% increase on 2015 and the highest annual volume of shipment units yet reported by the organisation.

“While the global NFC picture is of an expanding ecosystem, consumer uptake of SIM-based mobile payments has been lower than anticipated in recent years,” says the SIMalliance, which represents suppliers responsible for approximately 90% of the global SIM market. “This has led to a contraction of NFC SIM shipments in 2016.

“In addition, the impact of the cessation of Softcard in North America was still being felt in 2016. Growth of NFC SIM shipments in key countries across Europe and CIS regions, however, highlights that there is rising demand for this type of product in specific markets.”

The global number of NFC SIM card shipments remained static during 2015 following the closure of Softcard, despite significant NFC SIM growth across Asia and Europe — an increase in shipments outside the Americas of 20m units.

“NFC definitely, on a global scale, is in extremely good shape so you see NFC applications and use cases all around,” SIMalliance board member Steffen Frenck said during a webinar discussing the 2016 SIM shipment data. “The negative part is definitely that the SIM-based NFC services are not ensuring the momentum that we hope for yet.”