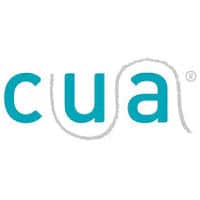 Customers spend an average of A$27 on each transaction when using redi2PAY, which was launched in July 2014, and groceries are the top retail category for purchasing, followed by fast food, fuel stations, restaurants/dining and alcohol.

“The number of redi2PAY transactions each month has increased by more than 16% since September 2014,” CUA adds. The highest value of transactions for a single month was December 2014, coinciding with the lead up to Christmas.

“It appears that CUA’s early adopters of mobile payments technology are literally swapping their debit card for their mobile phone.

“There is huge potential for this technology to fundamentally change how people pay for purchases. People tend to take their smartphones everywhere they go, and now the need to also carry cash and cards in your wallets is becoming a thing of the past.”

About eight times more CUA customers now have a compatible Android KitKat device which could be used for redi2PAY, compared to a “relatively small group of customers” who had the required technology when redi2PAY was launched.

“We’re seeing increased take-up of this HCE technology across the banking sector, as others follow our lead,” Malcolm added. “The use of mobile wallets will only continue to grow as customers become more familiar with the technology and its security features, and upgrade their Android devices to the latest models.”